“Go, Live Your Dream.” – How Cosplaying Flynn Rider in Disney World Paved the Way for TJ Ventre as a Business Analyst 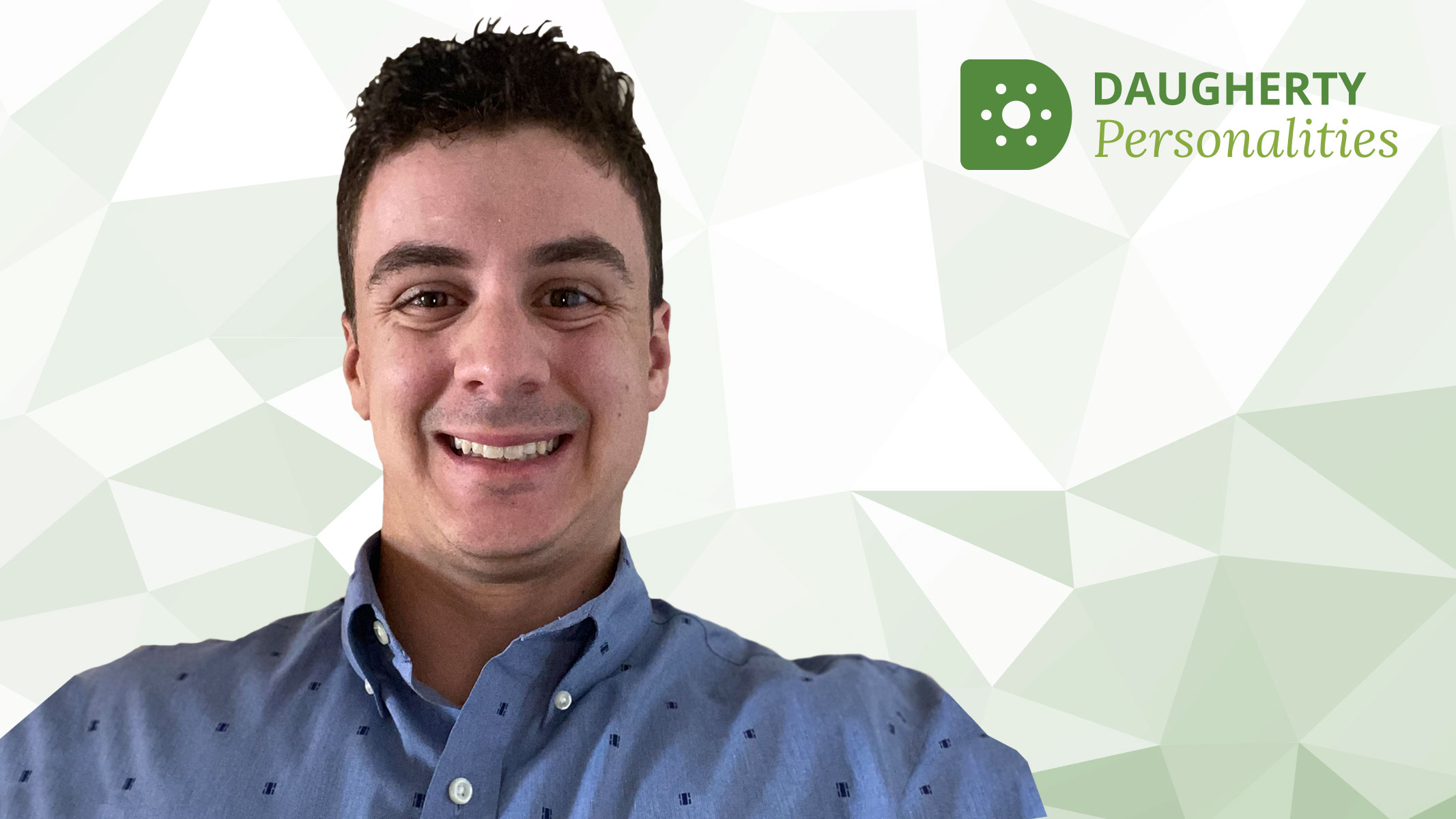 TJ Ventre is quick on his feet and has superhuman good looks, although the guards just can’t seem to get his nose right on Wanted ads.

Actually, that’s Flynn Rider, a character from Disney’s Tangled. He and TJ go way back. In fact, they’re such good pals that, for a while, TJ would dress up like him at Walt Disney World.

But that was once upon a time in a land far, far away.

Now, TJ is a business analyst/data analyst for Daugherty Business Solutions. This means that he gathers business requirements from stakeholders to help them visualize key performance indicators (KPI’s).

But these two roles aren’t as disparate as they might seem.

TJ won the coveted costume spot after working as a character assistant for Flynn Rider. The person who was scheduled was at home with the flu, and no other Flynn Rider was available. So TJ suited up.

There was actually much more preparation that had to go into it on TJ’s behalf, though. Even as a character assistant, TJ had to watch Tangled 10 times in a month, memorizing Flynn’s lines. He even had to take a written test where he was evaluated on what Flynn would do in a given situation. TJ also had to practice Flynn’s facial dynamics, including smiling for at least an hour and a half a day. His jaw and cheeks would hurt for a good couple of days afterward.

This preparation isn’t too different from TJ’s current role in business intelligence analysis. TJ is able to move from client to client, and from industry to industry, because he has templates he can leverage — SIPOC, Value Stream Mapping, Root Cause Analysis, etc.

But TJ doesn’t use these templates in a boilerplate fashion. He tailors them to fit a specific solution.

This is something he had to do in Disney World as well. Even though TJ was just acting as Flynn Rider, many children really believed they were meeting Flynn. So TJ had to meet them on a personal level. Each child had to leave feeling special, but not in the same exact way. When people feel they’re getting the same delivery as the last person, it’s not special.

One time, a 15-year-old boy approached TJ, begging TJ to give him and his girlfriend the famous “smolder.”

Instead, TJ walked the boy through the steps: “You got to scrunch up your face, give a puppy dog look,” and as the boy emulated them, his girlfriend started laughing.

That was one of his finest moments.

Parents have met TJ afterward and told him he made a major difference in their child’s mentality. One family said their child suffered from bullying, and TJ had empowered the child with confidence. Those are the best results.

Meeting new people is what TJ loves most about his work — both when he cosplayed Flynn Rider and as a business analyst. At client sites, TJ tries to know people on a social level, which can ease the gap between consultant and client.

The hardest thing TJ had to do as Flynn Rider was stay in character when someone was trying to get him out. Because he was “friends with Flynn Rider,” he had to balance two mindsets: 1) the TJ who went way back with Flynn Rider and 2) Flynn Rider himself. He had to simultaneously be aware that he wasn’t Flynn Rider, but embody Flynn Rider enough to deliver a compelling performance.

This is similar to being a business analyst. As a business analyst, TJ has to balance two mindsets: 1) the TJ who can interview a client and consider a solution from a tactical and technical perspective and 2) the client or stakeholder themselves.

But as a business analyst, TJ doesn’t have to play both roles simultaneously.

During the first gathering session, TJ considers the solution from a tactical and technical perspective. When he goes back to write the user stories, that’s when he tries to get in the client’s head, thinking, “As the client, I want this particular KPI displayed, and the reason is because…” Usually, a client won’t provide the business need, and it’s up to the business analyst to rely on their knowledge of business and industry.

By holding multiple review sessions and conducting multiple stakeholder interviews, TJ ensures the solution is exactly what the client needs, even as the project is underway. It’s kind of like watching the movie Tangled 10 times to really nail down the persona of Flynn Rider.

Ultimately, playing Flynn Rider came down to the team. TJ and Rapunzel would have each other’s backs. One time, a child asked TJ, “Did you ever end up getting your castle?” and TJ was thrown for a loop. Rapunzel saw he was struggling, so she reminded him, “Remember when you were stealing my crown, and you looked at the view from the top of the castle, and you said you wanted a castle?”

As a business analyst, TJ is part of a similar kind of team. During a requirements gathering session, for example, he usually attends with another business analyst or project manager. Both of them take notes, usually one around technical aspects and the other from the business side.