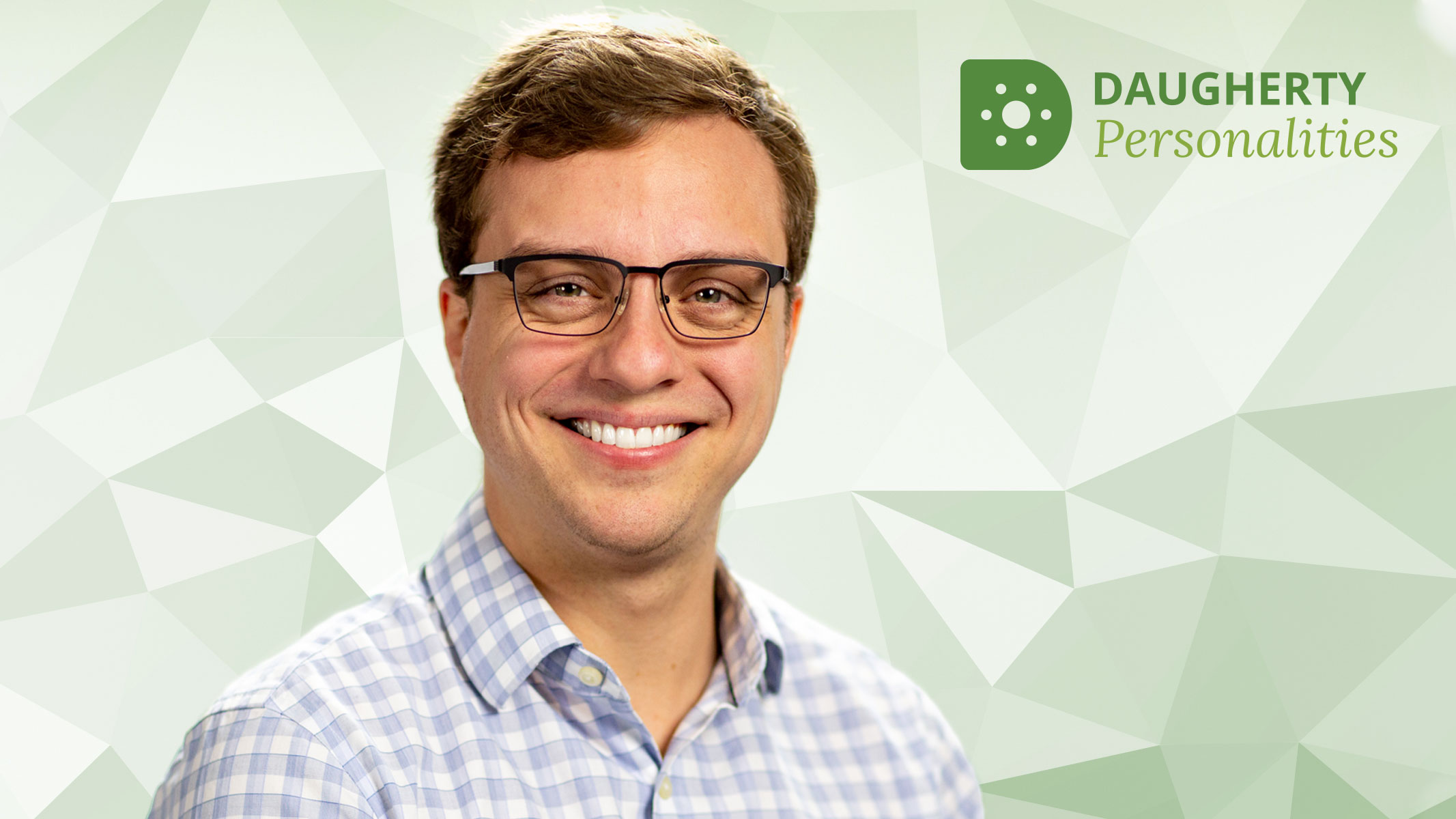 Just as HTML and Javascript are programming languages, music also is a language.

Ask Daniel Copeland, who was a music therapist before he changed his tune to software developer. To understand music is to understand the relationships between notes within chords and keys. And just like with programming languages, the applications between these relationships are endless.

Think of the ABC’s song. Can you recite your ABC’s without inflecting the melody? In our ICAgile accredited course Agile Project Management, we explore the attachment between the alphabet and the tune we learned growing up. Due to the linear thinking by which we learned the alphabet, it’s very difficult to say the ABC’s backwards, even though we can count down numbers (even in multiples of 5’s or 10’s) with ease. That’s how powerful music can be.

In Daniel’s case, he worked in a psych ward, using music as an anger management or stress management tool. One method he used was lyrical analysis to work through trauma. When somebody experiences trauma, they store it in the “instinct” part of their brain (the amygdala), where it is separate from the part of the brain responsible for reason and logic (the neo-cortex). To help somebody process their trauma, the trauma has to be relived, so that the rational parts of the brain can build neural pathways that work through it. With lyrical analysis, Daniel would play a song, then ask the patient to describe what the artist was going through when they wrote the song. Many times, patients would project their own trauma onto the artist, which provided them an emotional buffer through which they could work through the trauma.

Daniel also sings baritone/tenor 2 in the acapella group OTM, or One Too Many. The group has been together for about six years, and has experienced success to operate as a side business of sorts — with the six members arranging songs and performing at weddings, corporate parties and other events.

Interesting chord progressions, catchy melodies, complex harmonies — these are the things that make Daniel passionate about music. He has a soft spot for tunes from the ’60s and ’70s, and is also a big fan of Ben Folds, Muse, Bill Wurtz and The Dear Hunter.

Daniel’s background has taught him valuable lessons that he’s carried into software engineering. For example, through the acapella group, he’s developed the soft skills necessary to communicate with six people who have equal ownership and very different ideas of how the group should look.

Most importantly, he’s learned The Platinum Rule, which is a step up from The Golden Rule’s “Do unto others as you would have them do unto you” to “Treat others the way they want to be treated.”