Delighting the Audience: What Aerials Routines Have in Common with Software Engineering 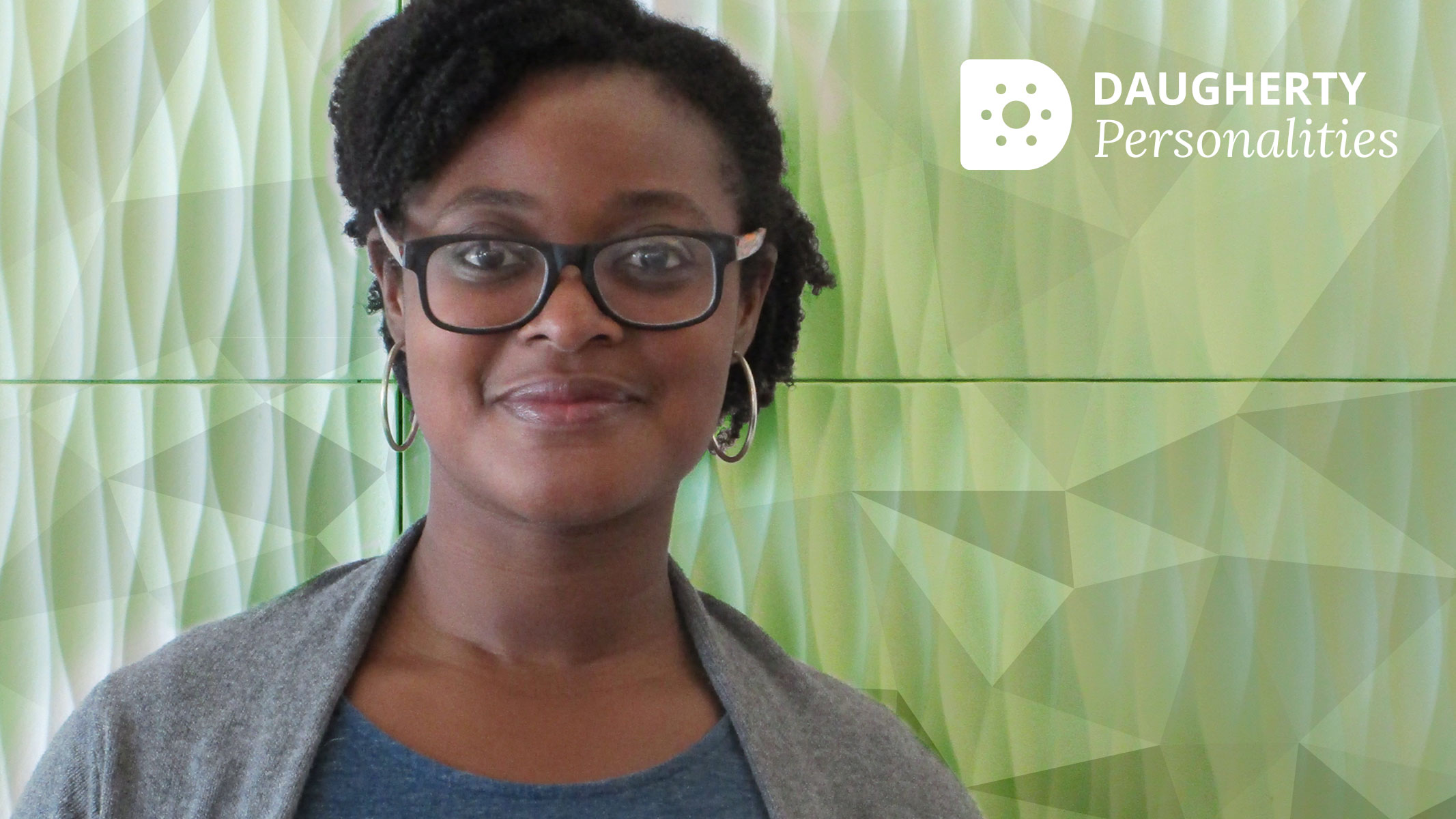 There’s a saying that the masters of a skill are the ones who make it look effortless.

This is something Asia Bryant knows well, both at Daugherty Business Solutions as a software engineer, and as an intermediate aerials dancer.

Asia will take a song, leverage her toolbox of moves, tricks and techniques, and then put together a routine. She brings experience that she’s practiced for more than four years, but she doesn’t want the audience to necessarily see all the long hours that went into it. Her objective is to delight them.

This isn’t too different from programming an application. Yes, the technical details are at work behind the scenes, and yes, an application goes through rigorous testing to ensure it works cleanly and quickly, but these aren’t the things Asia and team bring to a demo. Their objective is to delight the end user.

But it was quite a journey for Asia to get there.

Her journey with aerials started in 2016, after attending a few Cirque de Soleil shows.

“It was always the aerials routine that caught my eyes,” Asia said.

Later, at a gym, she saw an aerials class for beginners and signed up.

The class would warm up with a fifteen-minute Yoga-Pilates routine to get the muscles moving, stretched and limber, and then the instructor would begin to teach different techniques. At the end, the instructor would put on a song, and the goal was to stay up on the silks for as long as possible – ideally for the entire song. This requires knowing enough moves, tricks and techniques, and pacing the more strenuous moves against easier ones so Asia wouldn’t tire herself out too quickly.

Asia had to go home and buy herself a pull-up bar.

With software engineering, Asia’s journey began in undergrad, where she double majored in psychology and computer science. She loved the puzzle of programming – how getting code to work was like trying to, well, crack a code.

As a consultant, Asia often finds herself at clients where she has to influence without authority. This requires leveraging soft skills and data to steer a client in the right direction. Likewise, in an aerials class where Asia isn’t necessarily the instructor, Asia might notice somebody trying a technique, and offer suggestions for how to make it a little easier.

In the meantime, people with more experience can help her level up her skills.

It’s a matter of Asia knowing her strengths and weaknesses.

In aerials, one of her strengths is flexibility. One of her weaknesses is body strength.

“I can do splits for days, but, at first, holding myself up for 20 seconds was impossible,” Asia said.

She initially gravitated toward moves that showcased her flexibility and didn’t require as much body strength. One of Asia’s favorite moves is called Music Box. She wraps one foot in the silk (creates a foot knot, as it’s called), and then she rotates around herself, like a ballerina in a music box.

In a lot of ways, the tricks and techniques in aerials aren’t too different from programming languages: You learn one, and you can figure out most of the others. With aerials, the apparatus may change (a lyra hoop, a trapeze), and it feels different at first, but it’s the same tricks and techniques, so Asia can pick up on them quickly.

But it’s not just about featuring your strengths and avoiding your weaknesses. It’s about pairing with others who have strengths where you have weaknesses. In an aerials duet, Asia might work with somebody who has a lot of body strength. To ensure growth, though, she might coach that person on flexibility while that person coaches her on body strength.

Probably the most fun thing about aerials to Asia is figuring out how to space a routine over the course of an entire song without losing endurance. It also requires figuring out which moves chain well together. For example, if she wants to do a move with a foot knot, but is upside down with the silk around her waist, she has to figure out how to get from being upside down to having the silk wrapped around her foot.

This is similar to programming. It’s a lot to put together, especially if she’s creating an app from scratch. She has to have the right environment, a means of testing the code, and a knowledge of who is going to see it. It takes a lot of different people to see the puzzle, but the finished product is worth it.

Because the objective is to delight the audience.