“Hamming It Up”: Aaron Traas and Josh Vega on How Ham Radio Operations Made for Perfect Conditions for Software Engineering 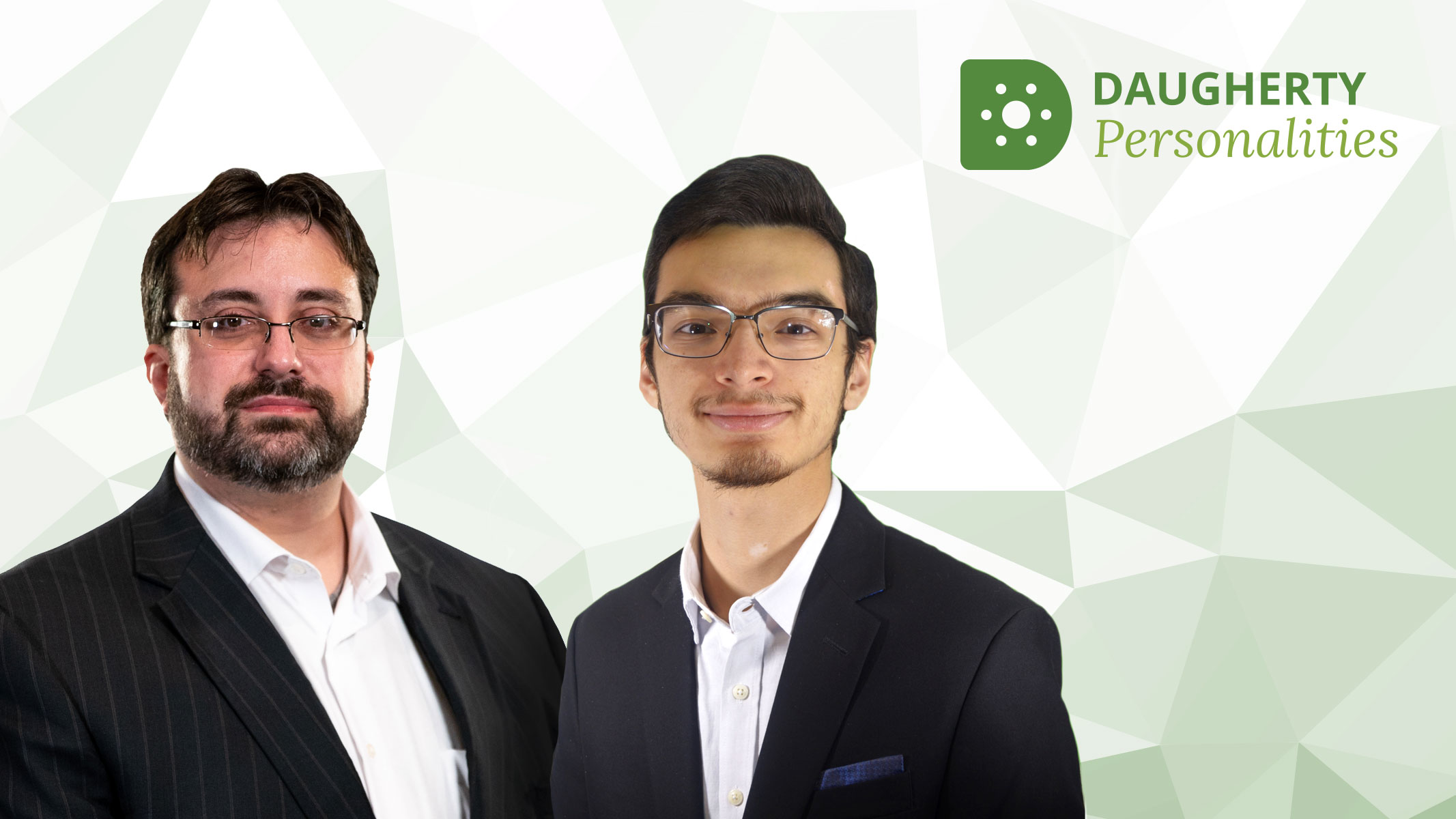 With very little infrastructure, Aaron Traas can communicate with someone 2,000 miles away with the right weather conditions.

This is why he and Josh Vega, two software engineers at Daugherty Business Solutions, got into amateur “ham” radio.

And it turns out there’s a lot in common between software engineering and ham radio operations.

Aaron enjoys his role as a software developer because it is infinitely flexible, and the learning curve is never-ending. To him, working with software is like building a universe. When he designs an application, it’s not only like architecting the girders for a building, it’s like creating the atoms that make up the girders. So Aaron creates a multilayered universe, carefully understanding how each component will affect the overall structure.

Likewise, ham radio has a wide array of inputs, outputs and outcomes. Everybody approaches it a little differently — some in a strictly classical sense, others for its modern digital side — and the costs can run from $100 to hundreds of thousands, from antennas just a couple of inches tall to towers over 100 feet.

And the purposes vary, too. Some operators use it for emergency preparedness, others to chat with people halfway across the globe, still others for public safety or to coordinate events like marathons, and others for scientific purposes. Operators optimize their radio to fit their purposes. For example, in an emergency response situation, where you might need to move around a lot or climb over rubble, you probably want to carry a small handheld radio that can be clipped to you belt, not a radio that weights 20 lbs. and needs to be transported in a suitcase.

There’s no magic tool. You need to choose the right radio to get the job done. And the possibilities are endless.

In software engineering, the right programming language depends on the application. JavaScript, for example, is much better as a web scripting language than a back-end language, whereas Java is the exact opposite. But the uses extend beyond web servers and application back ends.

When you learn a programming language, generally speaking, it’s not just for one use case. No matter how much you optimize the language, people will use it to create things they find interesting or useful. By making the source code open and freely available, many software companies have experienced swift and significant innovation as people tinker with their products.

In a sense, ham radio is also open source. The whole charter of ham radio by the Federal Communications Commission (FCC) is to promote international goodwill, as well as the spirit of experimentation and healthy communication. The community shares knowledge, collaborates, and gives and receives feedback. People openly share the hacks and tools they’ve developed.

For Aaron, his interest was piqued when he considered moving into the country, and wondered, “If the Internet goes down, and I don’t have cell phone service, how do I get help?”

What he didn’t expect was all the wacky trivia he’d never thought of before — ionosphere, sunspots, how radios interact with the solar cycle, weather patterns.

So he began to participate with Field Day, an annual friendly contest put together by the American Radio Relay League (ARRL) in which you operate off grid power and try to contact as many people from as many parts of the globe as you can in 24 hours.

Josh got into ham radios when he was offered a research position in the physics department of his university, using ham radio as a crowd-sourced data set. So he purchased a ham radio and got the license to operate one.

In the solar and terrestrial research center, where he worked, they already had models and information from satellites about the makeup of the ionosphere. Josh’s job was to simulate the path a radio wave took through the ionosphere. Plugging data into a custom simulation tool, he worked to understand how the radio waves travelled from the transmitter to the receiver. He’s even co-authored academic papers for peer-reviewed journals and spoken at conferences about his work.

He now has the highest-level license you can get — an amateur extra-class license — and is also a volunteer examiner, which means he can be one of the sign-offs on a new license or upgraded license exam.

With Josh and Aaron at 23 and 43 years old respectively, they are kind of outliers, as the median age range for ham radio operators skews pretty old.

That’s because, unfortunately, many people see ham radios as a dying hobby. But ham radio is not outdated. A lot of innovation comes out of it — particularly in digital modes that use tiny amounts of bandwidth and can operate off of sketchy signals.

And, just like any good software development team, the ham radio community is self-organizing. To operate a ham radio legally, you need an amateur radio license. From there, the sky is the limit. Literally.

If you use ham radio, Josh and Aaron’s call signs are: