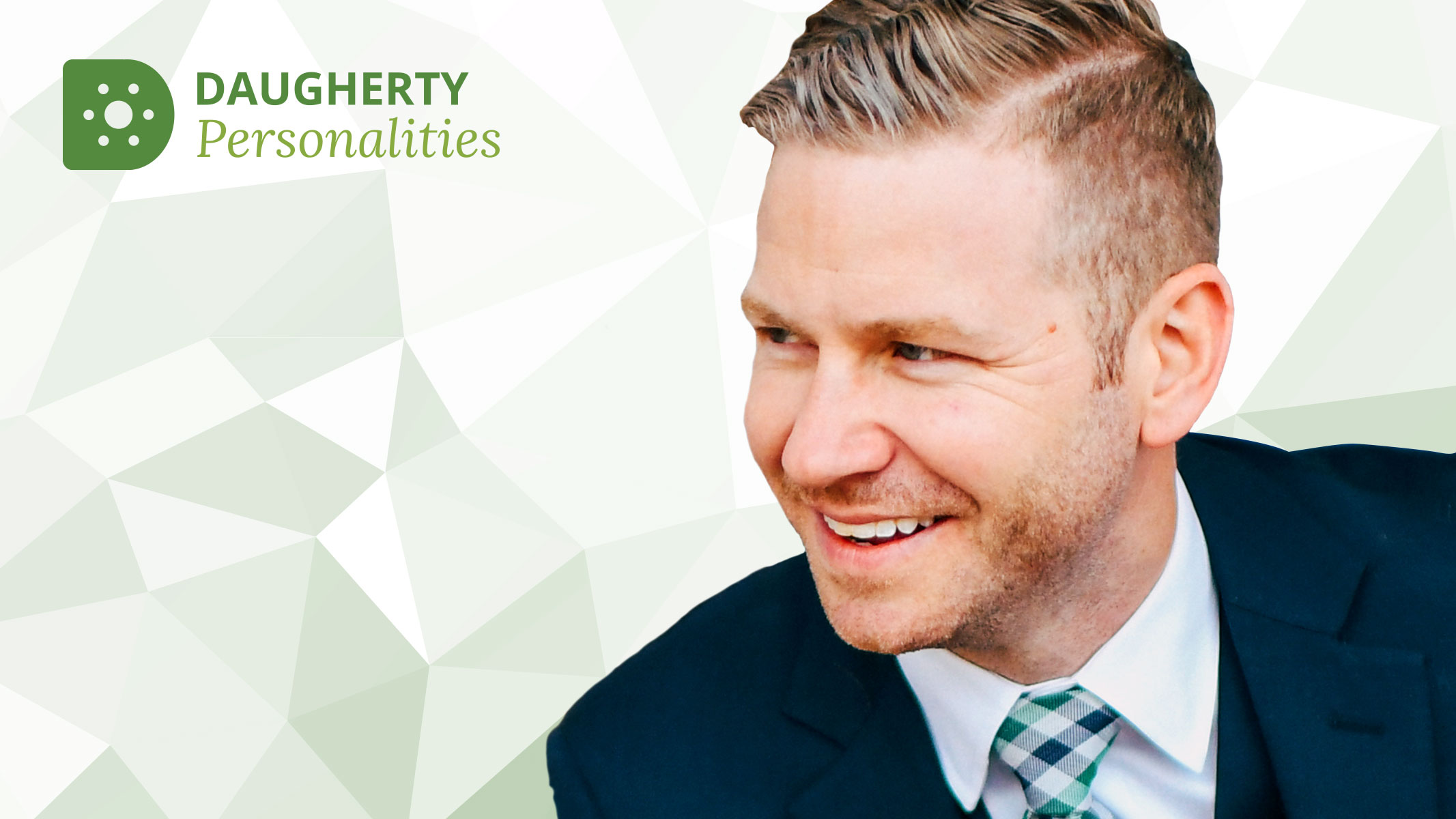 Growing up, Stu Belshe loved pro-wrestler Ric Flair, the millionaire playboy who played the character so long it became his real life. Stu became engrossed in the feuds with Eric Bischoff, the iconic “Woooo!”, the betrayals from Curt Henning and even Ric’s own son, David Flair.

But as he grew older, the storylines became less meaningful to him. Instead, it was what happened outside the ring that was especially interesting: The pro-wrestling industry’s stalwart, WWE, is a publicly traded multi-billion-dollar company with wrestlers circling the globe, performing five nights a week in five different venues, with five different stories, and improvising according to how the audience reacts.

“It’s bananas,” said Stu, analogizing it to a merger between the Barnum & Bailey Circus with Saturday Night Live.

Now, Stu considers himself a pro-wrestling historian. He is also a Senior User Experience Architect with Daugherty Business Solutions. The two roles are more aligned than they might sound.

Early in his career as a graphic designer, Stu became interested in user experience design (the process design teams use to create products that provide meaningful and relevant experiences to users). He loves creating, the way disparate pieces come together to create a unified whole. But user experience doesn’t start with how something looks; it starts with how something should work and then evolves into a look.

This requires a certain level of awareness. As a user experience architect, Stu empathizes with the user and the problem they’re trying to solve. But this approach means Stu doesn’t necessarily start with what’s most profitable for an organization, so he has to educate business stakeholders that their product needs first to solve a user problem.

“It’s a user solution before it’s a business solution,” Stu said.  “And when the lightbulb goes off for the client, it’s very satisfying to watch.”

Stu had his own lightbulb experience with pro-wrestling. At first, he gravitated toward the storylines and personalities, but later became interested in the production and business. The storylines, after all, follow the same Shakespearian process, just masked under different themes and characters.

As a form of entertainment (dubbed a “soap opera for men” by some), pro-wrestling centers around its characters. Each company has a creative team that writes 15 hours of new storylines every week, which the performers act out, adjusting the scripts in real-time based on fan reactions.

In business, of course, it’s not about throwing punches. But it is about capturing the user’s attention and making sure the business is attuned to the right objectives – then turning things up a notch.

The pro-wrestling industry clearly understands the business and the user. Certainly, they had to realize that they could operate as Madison Avenue (New York City’s ritzy advertising corridor) as a business, but if they tried to be Madison Avenue with their product, it would shun the audience.

Of course, there have been some lessons learned. Stu can remember an instance when WWE got it wrong. They were reluctant to push Daniel Bryan around 2013 because his smaller physique didn’t fit the superhero prototype. But the audience loved him (probably precisely because he didn’t fit the superhero prototype). The more reluctant WWE acted, the angrier the audience got, until there was a major backlash. Even after WWE gave the audience what they wanted, they’d missed the window of opportunity.

In the same manner, a business might miss the window of opportunity to maximize their profits if they don’t listen closely enough to their users’ needs.

Ultimately, it comes down to having a set of tools that Stu can choose from to guide clients to the right solution for their customers. Over the years, he’s learned that just about every industry operates around the same set of core fundamentals. It’s just the elements around the fringe that shift and are more dynamic.

But get those right, and it can lead to a clean finish.