Up, Up and Away: How Stephen Luehrman Brings Balloon Artistry into His Role as a Business Analyst 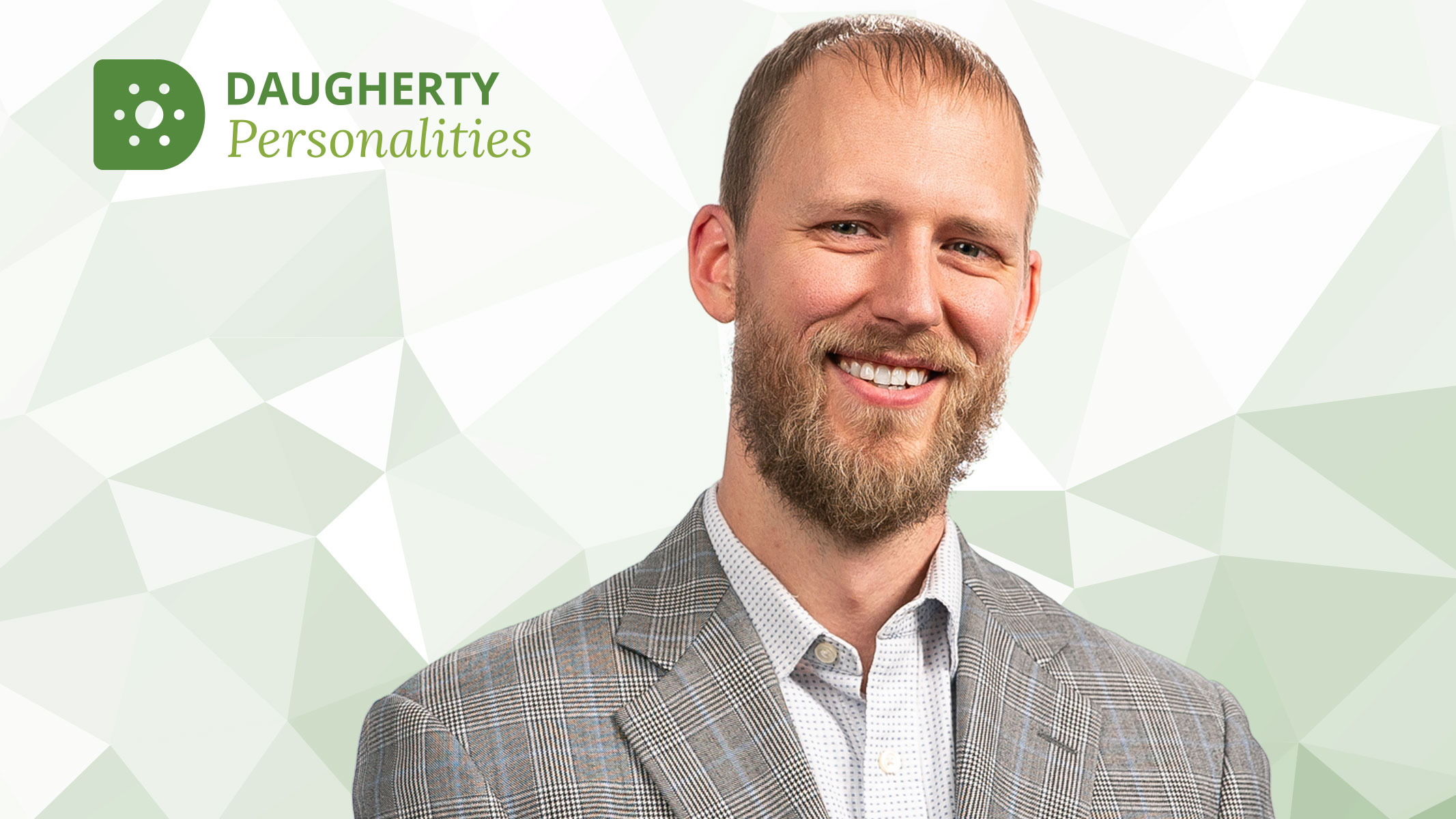 One day, Stephen Luehrman got bored.

He’d just graduated with a master’s in viola performance, was working at Starbucks and had the day off, where he waited impatiently for his wife to finish her day at work.

On Youtube, he watched a tutorial on simple balloon creations and decided to experiment. So he bought a bag of balloons and began filling the 600-square-foot apartment.

His wife came home to 30+ balloon creations — and a dog that was frightened by Stephen’s new hobby.

“My wife was like ‘What’s going on, hon?’” Stephen recounts.

Eventually, somebody offered to pay him for his balloon abilities.

Believe it or not, this is part of Stephen’s journey to becoming a business analyst at Daugherty Business Solutions.

The skillsets of being a balloon twister have played strongly into Leuhrman being smart, professional and likeable — the primary characteristics of a Daugherty profile.

To build shapes out of balloons, Stephen first has to be teachable — willing to accept ideas, even if they’re bad, and process through them.

Because balloons are limited from a geometry standpoint, and because the creations are usually for excited children at a birthday party, Stephen has two to three minutes to create something, and he has to distill the essence of the requested object into a geometric object.

Stephen is constantly up against constraints as a balloon twister — constraints that range from time to technical to educational.

In his role as a business analyst, he needs to identify those constraints and weigh a stakeholder’s desired future state against what is realistic. It’s usually a balance between budget and technology.

As a balloon twister, he sometimes has to redirect clients when their expectations “balloon out of proportion.”

A client might ask for extravagant décor work, and Stephen has to explain that the arches and columns will “inflate” the price. Together, he and the client have to work toward a finished product that agrees with the allotted budget.

Stephen has also had to redirect for children at a birthday party. One of the weirdest requests he ever received was for a porcupine. Thinking quickly on his feet, Stephen said, “I can’t make that! It would pop itself!” And then he suggested an alternative.

As a balloon artist, Stephen also has to gather requirements, especially on larger commissioned pieces. He starts by understanding the client’s needs, then does a quick mockup to ensure it’s what the client has in mind.

Having a mockup prevents wasted effort, as larger commissioned projects are more elaborate, and don’t come with directions for how to put them together. Stephen can only look at things that are similar, synthesize an idea and see if it works.

For example, Stephen was recently commissioned to build a five-foot-tall Mickey and Minnie Mouse, along with a balloon canopy. To build Minnie Mouse, the weave design for her dress made him want to pop every single balloon. But Stephen kept working at it, kept trying to figure it out, and eventually it clicked, and he understood what he needed to do.

It requires the gumption for Stephen to work through it and not just throw his hands up and withdraw.

He has to remember that everyone is human, and everyone has a story. By understanding where a client comes from, he can empathize with them. This has served him well as both a balloon artist and business analyst.

Ultimately, it’s about coordinating with the client and using his imagination.

It’s enough to make a design that “pops” — well, in the sense of brighter and bigger, not bursting.